skip to main | skip to sidebar

If you'd like to see more photos from my trip to Vilnius, Lithuania; Riga, Latvia; and Tallinn, Estonia, check out my photo albums at http://picasaweb.google.com/amandajswain
Posted by aj at 9:56 PM 1 comment: 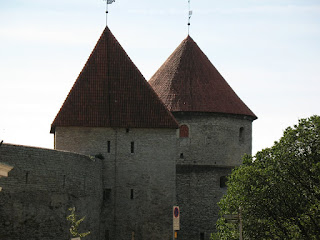 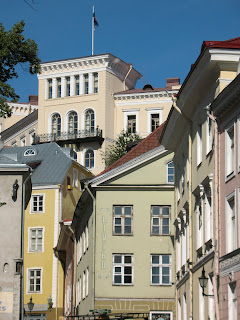 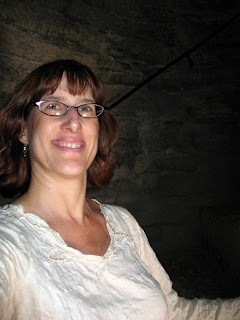 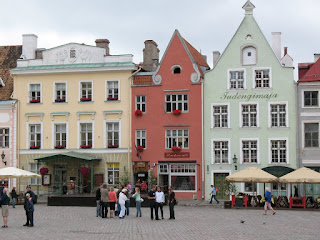 Tallinn's compact and charming old town still has parts of the ancient city walls, complete with red-roofed fortress towers. Here I am climbing to the top of Kiek en de Kok (Peek in the Kitchen), so named because the soldiers could see into the kitchens of the houses below. It's the tower on the right in the first photo.

Tallinn has become quite the tourist destination and, as a result, the old town is full of souvenir shops and expensive restaurants. But you can still take long walks enjoying the architecture and have tea and truffles in the chocolate shops and cafes. It turns out Estonia is known for its chocolate. This is my kind of country! 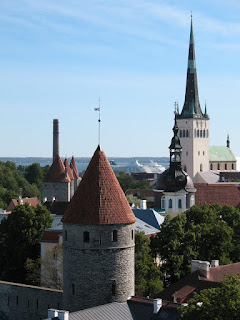 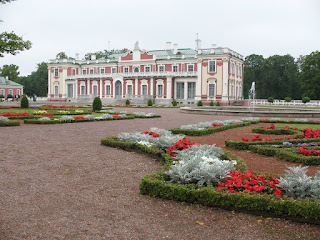 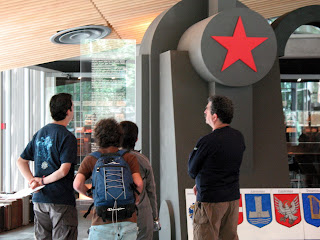 If you read the posting on Latvian history, this will sound familiar. Tallinn's fortress towers were no match for the crusading Teutonic Knights and the Livonian Order, who forcibly Christianized the Estonians. German traders settled Tallinn and it became a port city in the Hanseatic League in the 13th-15th centuries. As a result, the nobility and commercial people were primarily ethnic Germans and the Estonians remained peasants. Estonian lands passed from the Danes to the Swedes to the Russians over the centuries. While Estonia was part of the Russian empire, Peter the Great built a summer palace in Tallinn.
Estonia too gained independence with the collapse of the Russian empire in World War I. But that independence was lost 20 years later when the Soviet Union occupied Estonia just prior to World War II. The Nazis occupied Estonia from 1941-1944, when the Soviets returned and stayed for the next 45 years. Estonia's Green Movement was one of the first independent organizations to form under Gorbachev's reforms of perestroika and glasnost and laid the foundation for the popular fronts that became the Baltic independence movements.
The Estonian language is closely related to Finnish --not at all like Lithuanian and Latvian or the Slavic languages such as Russian.
Posted by aj at 10:55 AM No comments: 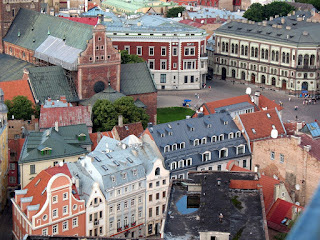 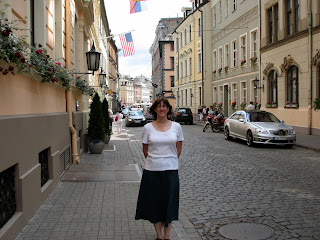 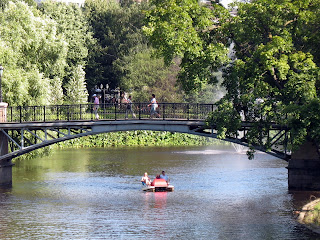 Riga, on the Daugava River, was part of the Hanseatic League in the 13th - 15th centuries. The Haseatic League was a German trading network of ports on the Baltic Sea. As a result, Latvia's nobility and commercial classes were made up of ethnic Germans until World War I. Riga is still a major port city on the Baltic Sea and has that bustling, commerical, big city feel to it. But there is also an old town full of great architecture and a lovely city park along a small river in the center of town.
Posted by aj at 9:30 AM No comments: 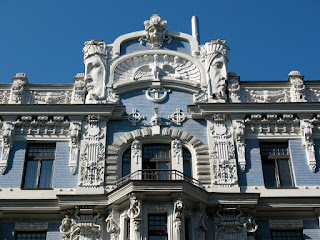 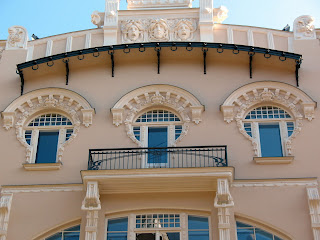 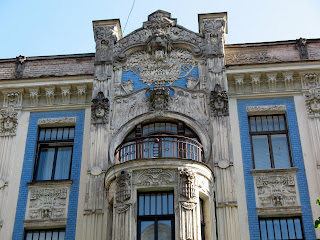 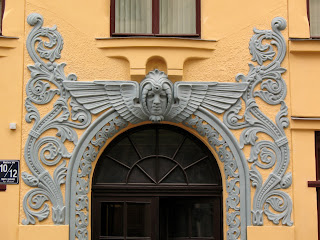 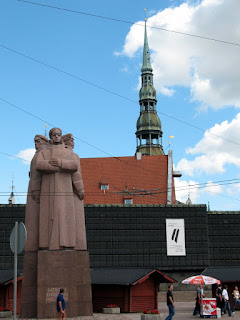 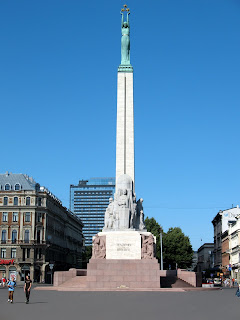 For most of their history, Latvians were peasants in other people's empires -- the Poles, the Swedes and the Russians all ruled Latvia over the centuries. However, after a national awakening in the late 1800s and the collapse of the Russian empire in World War I, Latvia became an independent state. The Freedom Monument was erected in 1935 to honor the Latvian nation and surprisingly stayed up during Soviet rule. The Occupation Museum tells the story of Latvia's occupation by the Soviets then the Nazis then the Soviets from 1940-1990. It is housed in the former Latvian Riflemen's building. The Latvian Riflemen were an elite ethnic unit in the Russian imperial army and sided with the Bolsheviks in 1917. They were highly praised by the Soviets, although Stalin had the remaining members killed during the purges in the 1930s. Despite this somewhat controversial history, the monument remains in Riga in recongition of the important historical role that they played.
Posted by aj at 8:57 AM No comments: 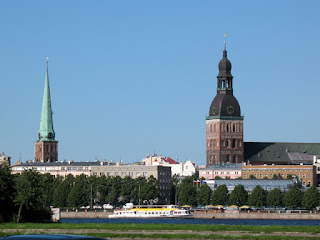 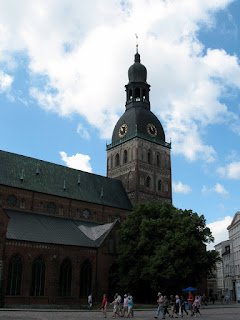 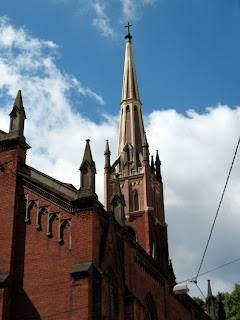 There are also a lot of churches in Riga -- but these are Lutheran churches. Because of the strong German influence, Latvia became Lutheran during the Reformation. The church with the black dome is appropriately called the Dome Church. It houses one of Europe's largest organs. I attended an organ concert my first evening in Riga and it was beautiful to listen to.